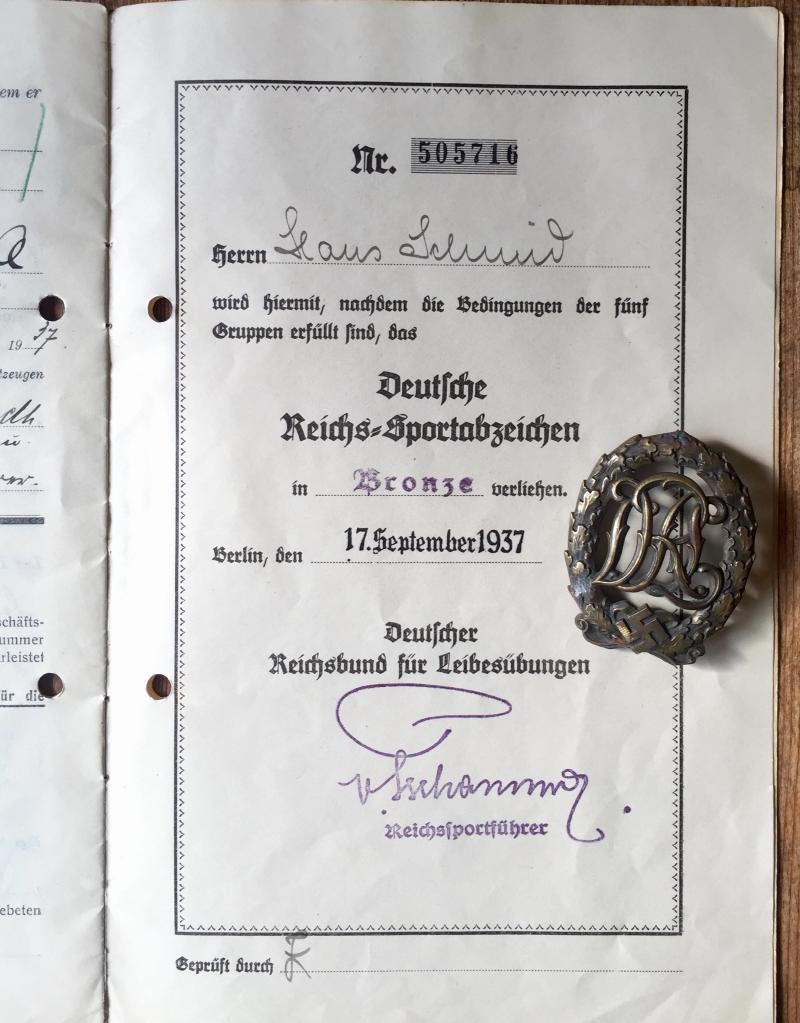 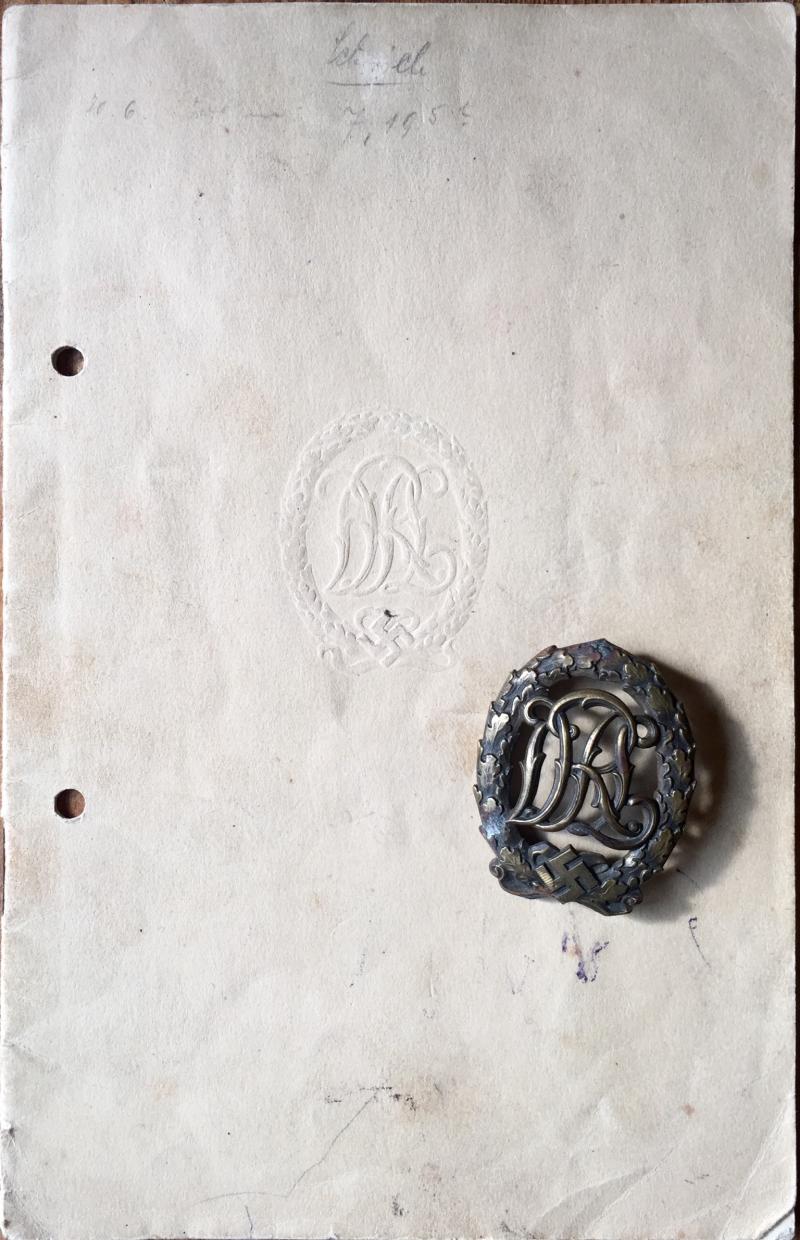 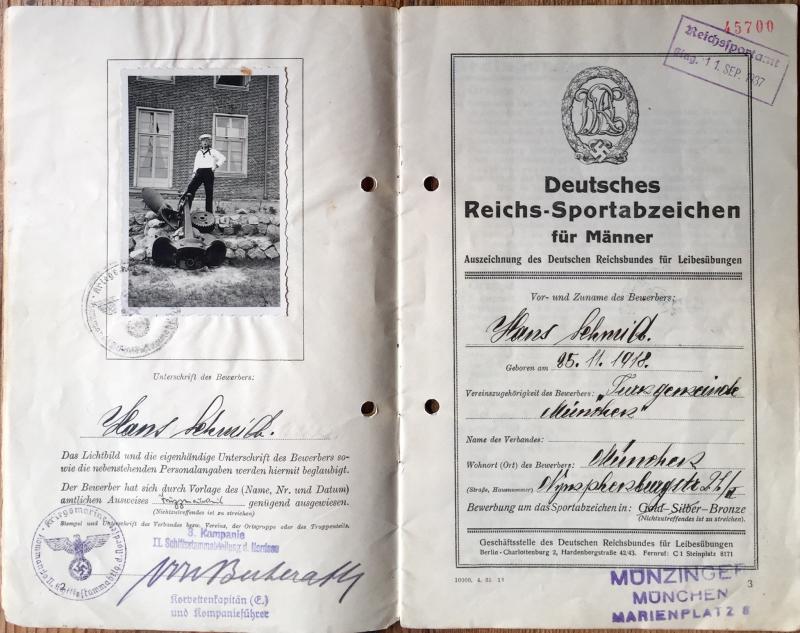 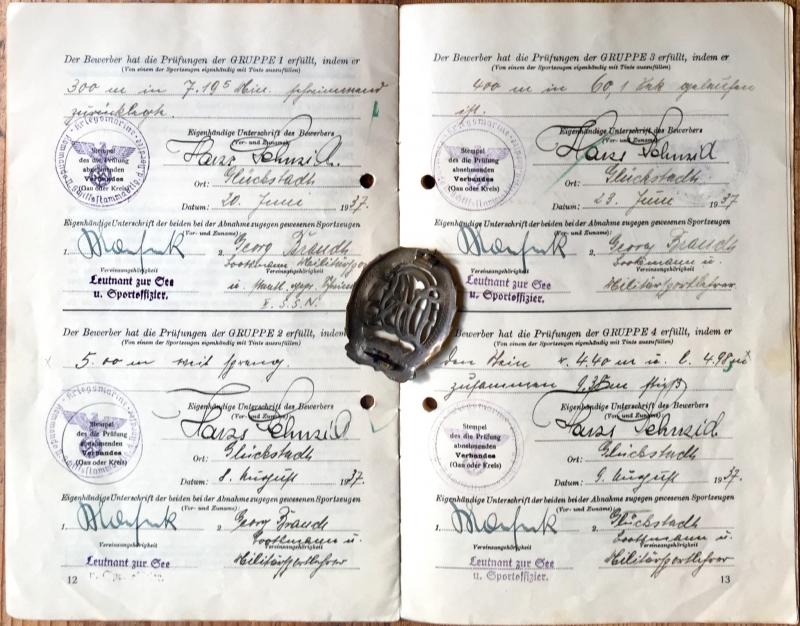 Scarce Kreigsmarine example of the DRL award with it's associated achievement book.
Measures 15cm x 21cm in an off-white card cover with an embossed image of the award .
The first page is blank.
The second page has photograph of the recipient, in this case a Kreigsmarine sailor in uniform.
The third page has a printed image of the award along with Munich 1937 stampings. His name and birth date , his affiliated organization and its location, and the level of the award, being bronze, silver or gold.
Following pages lists the required qualifications for the award.
His acievements are in the back pages and all with Kreigsmarine stamps.The award book has light service wear/use.
The award itself is in used condition and absent it's pin but I suspect that has been intentionally removed and the award was sewn to the tunic .